Back to the top

All spaced-out vintage synth releases promise to take you on a goosebumpy journey through time and space, but Travel the Unknown grabs you by the hand and actually delivers.

This spine-tingling release is a three-part improvisation recorded when Richard was inspired by waiting to become a father. Rhodes melodies and retro synth pads are combined with a modular rig that gives Richard all the tools he needs to transport himself and the listener to new futures.

As it was inspired by the process of birth, Travel the Unknown sounds like floating in fluids. The video was accordingly shot on one of the most iconic rivers in musical history, taking you for a smooth ride down the Danube in Richard’s hometown Budapest.

The watery atmosphere and warmth of the chord progressions are deliberately close to being womblike. It’s unclear if the traveller is Richard’s daughter emerging into the world, or Richard himself growing into fatherhood. Either way you’re along for the ride and it’s epic.

The cover artwork was shot on polaroid, capturing an unrepeatable moment in fuzzy black and white, just like a baby’s first ultrasound.

Beautifully mastered by the legendary Zino Mikorey in…  more 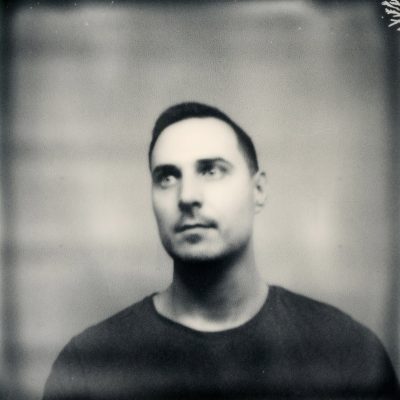